John enlisted in the U.S. Marine Corps in his junior year of high school.  His decision to enlist was driven by an unfortunate situation and an attempt to rescue his faltering plans to complete his education.  While John found his platoon’s experiences during Marine Corps boot camp to be brutal at times, he learned a half century later they were the dark side of Marine Corps life.  Although recruits experienced the blunt force of the dark side, they and the public were not aware how entrenched it was from the 1950s thru the mid 1970s.  This came to light only after reading the book “see Parris and Die – Brutality in the U.S. Marines”, while researching material for his book.  This is the story of John’s encounter with the dark side and his attempts to survive it.

Ckick on a photo. 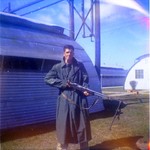 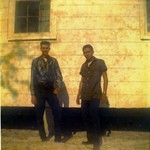 JOHN'S BOOK is FREE at: